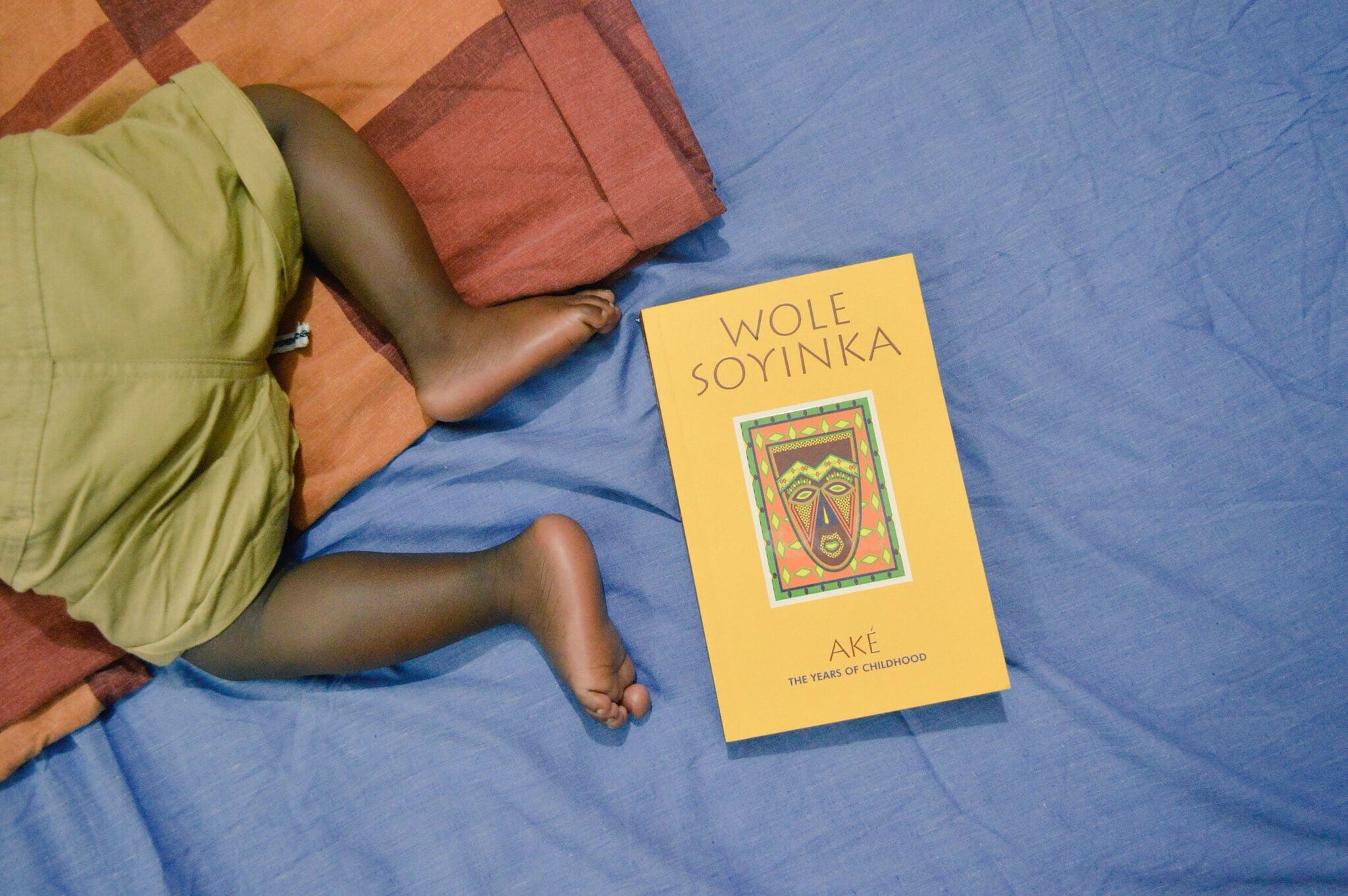 Aké tells the story of Wole Soyinka’s first eleven years as a child (1934-1945), a period that coincides with major historical events in Nigeria, and around the world- World War II and the famous Women’s uprising in Egbaland, an event in which the author played the role of a courier.

Told, of course with the benefit of hindsight, the story of Aké is rich, and the wit is bold and blithe. His touching and vivid evocation of the colorful sights, sounds, and aromas of the world that shaped him is lyrical, laced with humor and adorned with the sheer delight of a child’s-eye view. This account contains invaluable and delightful vignettes of some of the individuals and events which were to shape the future political and human rights activist, and Nobel Laureate.

I have always known Wole Soyinka but I’ve actually never read any of his books so I couldn’t really say much about him. I still can’t but after reading this book, I can sort of understand who he is if that makes sense.

I got this book at the airport on my way back from camp. I did not want to buy it because I thought it was over priced but I went back to the store just before my flight to get it because I’ve always wanted to read any book written by Wole Soyinka and the guy gave me a discount. Ayeee!

I really love the cover of this book. It was honestly what attracted me to it in the first place.

I read this book in 5 days. It was initially a slow read. It took a while for me to really get into it.

I love how descriptive the book was. You could almost picture or imagine yourself in there growing up with Wole Soyinka.

He was such a stubborn, inquisitive and adventurous boy and I can’t help but think those were the qualities that made him who he is today. I watched him on the news two days ago talking about President Buhari and it was amazing because he has always been passionate and vocal even as a child and it’s good to see he still is.

[ Who needs props when you have a cute ass nephew]

It was a good read. There were some sad moments and hilarious moments. The part where his sister died on her first birthday was quite rough. His experiences at Abeokuta Grammar School got me rolling. He seemed like that kid you can’t stand but absolutely love! I also love that he talked about the historical events that happened as a child.

Have you read any book by Wole Soyinka? Did you enjoy it? Share! Let me know in the comment section down below!

Have you read our recent posts?

Travel through time with us